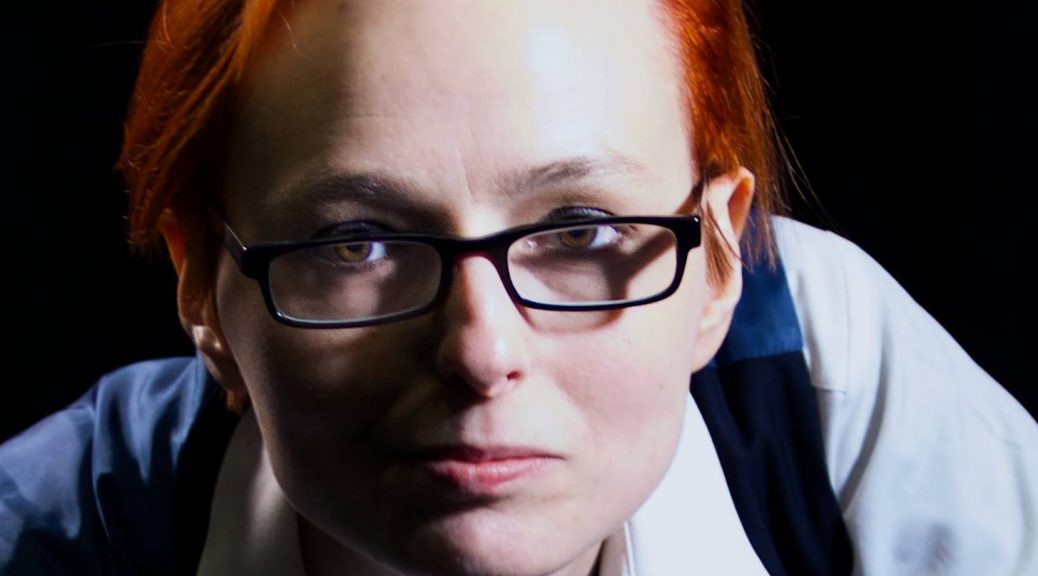 Charlie Oughton changed my opinion on so much that it’s difficult to know where to start. Teaching  media and culture-related subjects at both Regents and University of the Arts London, he combines the presenting styles of musical theatre and stand-up comedy with the informed discourse of a doctor of arts. It makes for a hell of a show.  He also writes for Real Crime, SciFi Now and Starburst (among many others), has contributed to several edited collections, and provided film commentary materials for entertainment distributors around the UK. He can often be found at international film and arts festivals.

What inspires you?
Weird things. I like things that help me see things in a different way or encourage creation. For example, in Poundland I’ll see cheap and cheerful lights that can be stripped down for use in a prop for one of my stage shows. (The most recent set ended up becoming part of a light-up dildo…all for educational purposes, you understand).

What informs you?
I spend a lot of time trying to balance the ambition of my ideas (enormous set pieces of audience involvement with handmade props for everyone, complex poetry, projections and probably an alien or two) with what is appropriate and feasible. If I am using a clapping exercise to help students understand a film-editing process, I need to check their reactions to make sure the point’s understood rather than it just being a basic involvement mechanism.

Intellectually, I get a lot of my basic topic ideas from Facebook. I prefer it to academia as it has a far wider reach and there’s increasingly crossover anyway.

Where is your favourite place?
Easily accessible? The churchyard we live next to. It’s a gorgeous building and is incredibly peaceful with the added spice that it’s frequented by lots of different people.

Alternatively, the darkened side streets of just about any city. I love the different snapshots of life you see as well as a bit of danger.

Finally, Brussels’ central square. The buildings are incredible, it’s incredibly diverse and at night everyone just sits on the floor in the square and has a good-natured drink together.

Where do you go to learn?
My flat. I tend to learn most when I can take whatever I’ve picked up and experiment with it on my own at home with the internet at hand and a bit of room to bounce around in to let off excess energy. My front room has all my books, props and a fair bit of random stuff that I can just play with.

When do you watch?
Generally at night. I tend to watch just before bed as when your eyes get droopy it can get a bit more immersive. It’s also when I’m most likely to be alone and can watch what I want…

When do you dream?
All the time. Years ago I was part of an experimental group that used dream diaries where you had to train yourself to remember and write everything down so that you could learn from it. I have very good recall and can still lucid dream if I want to.

Who is your biggest critic?
Primarily my other half. I am very populist, he is very highbrow. If I can impress him, there’s a chance my work (whether written or performed) will cover both bases. That said, I have started going back over my finished work to see what editors have tweaked and learn from it (as I tend to cover very controversial areas and sail very, very near the edge) and if I see a rhyme that could have worked better if I’d altered a word, I kick myself. It has really helped me to develop my style as I know they’re not just letting me write anything but are more than willing for me to experiment. I’ve been able to get away with paragraphs on murder written in rhyming couplets to replicate gun fire before now.

When do you write?
I tried to get in to a normal pattern of writing between the working hours of 9 to 5. In reality I will stare at the screen and sod about on my mobile until about one in the morning when all the sudden my brain will come alive and the idea will flow. It recently took me 4 days to do a basic article I just wasn’t feeling, then about half an hour to do a really complex bit somewhere else that just came. To me, writing is less about conveying information (that’s what Wiki is for) than giving that info in a way that the scenario is truthfully dramatised in a way that gets the reader to question what they know. I use everything from technical rhetoric and poetic devices to sight gags hidden for those who read the article that little bit more carefully.  When you get a little bit tired your imagination works and it’s amazing the peculiar connections it will pick up on.

What are the best ways to make people engage?
The amygdala. The best way to engage people is to appeal to their fear or their desire. In one of my historical performance pieces on censorship I dress as a Victorian sex pest and it makes a point through its visual perversity and the fact people get off on that despite themselves.

Why must we talk about controversial subjects?
Because we live in a globalised world where we are going to come across other people who have different opinions to us. We have to live together and this gives us the opportunity to refine all of our viewpoints.

Why are people still challenged by sexuality in the arts?
Because sexual drive is so powerful. Being attracted to people can fundamentally change our behaviour, make us do daft things and completely alter power dynamics. It challenges the status quo because sometimes it goes against what was traditionally thought to be ‘the way things were done’, and science is increasingly showing that things that were previously considered as fads may have scientific backing (such as identities beyond gender norms) which may lead to a re-evaluation of a whole lot more. The arts is, after all, a sphere that is traditionally very heteronormative.

What is the greatest thing fandom can do for art?
Fandom encourages people to think about media and their relationship to what it represents. In doing so, they can begin to decide what kind of world they want to live in and what values they want to see within it. They can create their own. From there, you can begin to change the world.

What exciting project are you working on next?
I often write for the magazine Real Crime which allows me to challenge readers to think about culture while being deliciously sleazy and hopefully entertaining  in the process. In terms of film, I am a co-organiser of film festivals including the Dark Mills Film Festival, am appearing at the Nine Worlds Geekfest and will be covering FrightFest again in August. I also have a few film projects I’ve acted in coming out, though I’m hesitant to say what they are until they’re on the shelves, so to speak.  That’s aside from teaching my regular courses in media, culture and film at a couple of different universities and a few bits of academic publishing.

Simon Kennedy
Formerly an economist with a love of film, Simon has now set out to become a documentary film maker. Through his endeavours he has created a new series of the cult TV programme Moviedrome (now in production with its original company, and set to be turned into a television series with Mark Kermode as presenter). Simon is currently working on a documentary about Moviedrome, and following that will move onto two projects, the first looking at LGBT rights in Uganda, and the second, game theory and the film noir.
Latest posts by Simon Kennedy (see all)