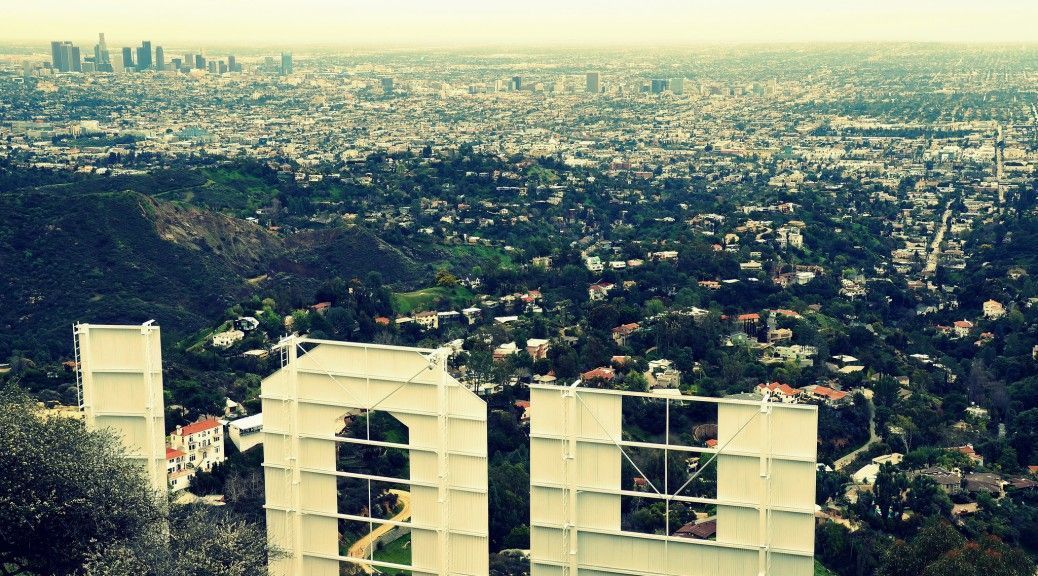 We get off our Air New Zealand flight still half asleep, our movement sustained by excitement and filled with anticipation at the thought of being in this Mecca for film stars. Finally, we are here, and it feels every bit as beautiful as I anticipated. Even the fact that I left my phone on the plane is given meaning by my lack of distraction whilst in that city. At the security gates, the elderly man checks and stamps my passport. He smiles gently and tells me, three times, “Be careful”. Already, I have a sense that the people of this city will mind me, want to preserve my spirit, and look after me.

I am smiling as we leave the airport and step onto a street buzzing with lights and lanes of traffic filled with cars going in the opposite direction to which I am used. People speak softly, yet are not afraid to ask me to move out of their way. The sometimes abrupt expressions of passersby contrast to English politeness in ways that make me smile. (I have always been partial to cultural difference, and the sense of absolute newness of each country I visit is exciting to me).

To say we were exhausted during our drive home might be an understatement, but it was a positive feeling, and it gave birth to many great experiences afterwards.

The first morning: We go to an Italian breakfast house where they serve pancakes, some laden with cream and sweet treats, others with savoury items such as bacon. I choose the oatmeal and am wondering whether it’s genetically modified. It tastes good, yet my thoughts highlight how effectively my Facebook news feed has brainwashed me to deem America the land of genetically modified foods. I giggle to myself. That perceptual bubble bursts throughout the trip, and I am introduced to one healthy eating trend after another. Even their frozen yoghurt stores are low fat and often homemade.

The next day, while shopping in “TJ MAXX”, I find myself eavesdropping on an actress who believes her three castings this week has made it a quiet one! For me, this is busy, and I am exhilarated at the thought of this happening to me. I sense the lack of awareness in my exhilaration, and this is again indicative of how much more may be happening in L.A. for actors than in London. I can only hope that should I get signed by an agent here, this same story will come true for me! The possibility of this happening makes me feel good, that there is that chance – no matter how great or small. Of course, the truth is that the standards here are probably quite different to London’s, especially given its orientation towards film, whereas London has a culture rich in theatre. Beyond that, one cannot truly know what possibilities may arise should one get an agent in L.A., unless and until that happens.

We head out in West Hollywood for dinner, then hit a club called The Abbey. The club has a cosmopolitan feel, kind of like a mix between Ibiza and Berlin with something extra, and most of the people whom I encounter are friendly and chatty. Clubs don’t usually stay open later that 2am or 3am, so we aren’t worried about overdoing it — again, adding to the charm of the place. I have the feeling that in summer, house parties, barbecues, and beach time frolics are all the rage. This night, though, it is all about having some chilled out fun, in a pretty club filled to the brim with happy people having a good time!

We are lucky enough to be staying quite close to the beach in Santa Monica, so walks along the pier and beach are welcome breaks to city life. There is only one day when the sun is hot enough to tan my skin, but, unlike a typical sun holiday, this beach does not make me want to sunbathe. Rather, it has me people-watching and chilling out to the sights and sounds of families walking, swimming, and playing and groups of friends chatting and rollerblading down the paths together. I find myself staring into the water as the waves broke, and feeling absolutely at home.

I am a great believer in the natural rhythm of life, especially that of an artist’s, and in following your feelings as they unravel and guide your soul towards its path. I remain grateful to Los Angeles for its treatment of me, how happy it made me, and the opportunities it presented. It remains to be seen whether this city will be more to me than a place to visit, and I am excited at the prospect and possibility of learning more in the interim. No matter what the outcome of my L.A. adventures, I remain grateful for our introduction, and shall be forever.

Johanna Thea
Johanna Thea is a former BSc Psychology student from Birkbeck, and a recently published author of her first book, her autobiography, “If Only You Knew”, available through Amazon. She is also a professional actress and commercial model. If you wish to check out what she's doing, her website is www.starnow.com/JohannaThea