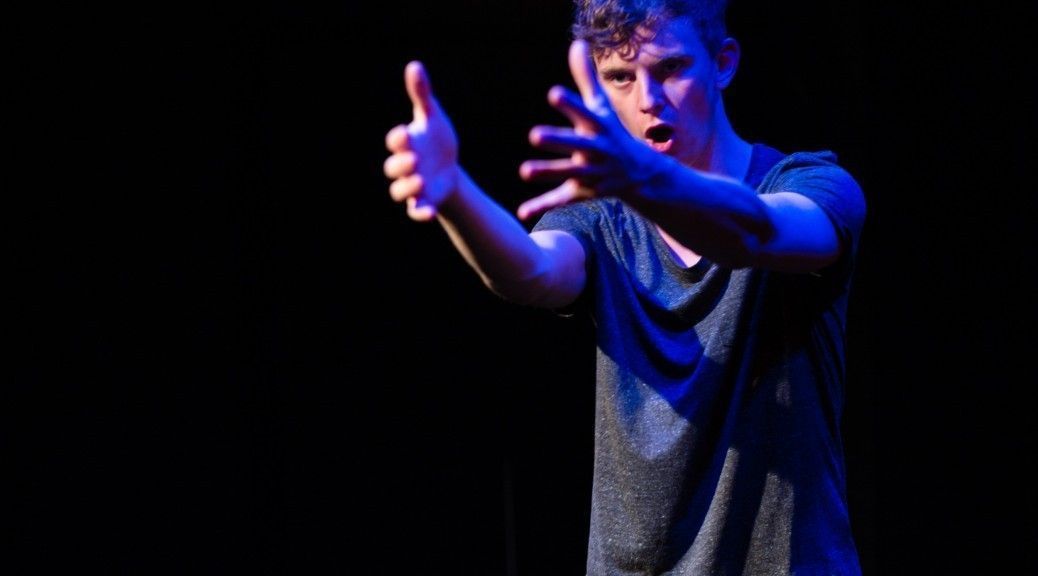 Committed exclusively to new writing, Adam Spreadbury-Maher’s Hope theatre here puts on the winning show from its first Adrian Pagan new writing award. The award is designed for theatre professionals who do not consider themselves playwrights and allows entry from a variety of theatre practitioners including actors, directors, ushers and stage managers (like the late Pagan himself).

Dead Party Animals, written and performed by Thomas Pickles, is a 55-minute monologue about a young lad and his mates out on the town. Staged on a thrust stage, in a small black-box space, costume, set and frills are dispensed with in favour of a simple storytelling approach which has Pickles sometimes stood motionless, sometimes eye-balling his way round the audience.

The intrusive hum from traffic outside the theatre initially undermines confidence in the ability of the performer to engage. To his credit, like the best storytellers, Pickles manages to weave his magic until you hear nothing but his East Lancashire vowels.

But the subject matter isn’t pretty. Being out on the pull as a young adolescent, like the vomit that spews from the characters in the narrative, is thrown down for us to see, carrots and all. And there’s something definitively nihilistic about it: a prophetic undertone that compares copulation with the almost sacrificial taking of a girl’s virginity. Romance, sensuousness, love – these are not words you associate with modern youth here, as our protagonist clumsily untangles the fake plastic belt of his sexual conquest. “I’ll let her wear my pyjamas when I’ve shagged her.”

Elsewhere there is only the drunken triviality of young girls and the comedic pantaloon of a father who confuses Facebook status with search engine when he posts “chicks with dicks”. When Pickles returns periodically to check his phone “to make sure the rest of the world is still there”, it’s almost as if he wants confirmation that this meaningless reality hasn’t slipped through his fingers.

Escape from the coarse realism comes from the protagonist’s love for his sweetheart, Emma. It also comes from the poetic rap-like element, vaguely reminiscent of the “punk poet” John Cooper Clarke which punctuates the narrative: “Your kiss is a noose/Falling around my neck/Stitched with words we said/And attached to a world we haven’t fled/Your kiss is a gunshot/As we’re both looking down the barrel/We thought we’d given it our last shot.” Part modern theatrical invention, part Greek chorus, it’s a device that works unexpectedly well.

The fact that the story slightly confuses as it draws to a close, as violent encounter and sexual encounter run side by side, doesn’t seem to matter. A truth has been told and sadly it’s a truth that is all too reminiscent of personal experience twenty years ago. Maybe twenty years before that. One wonders how the modern world has managed to contrive such an unedifying rites of passage. However, this is a promising piece – deftly directed by Spreadbury-Maher – and it brings us the gift of a brave and honest performer and writer.