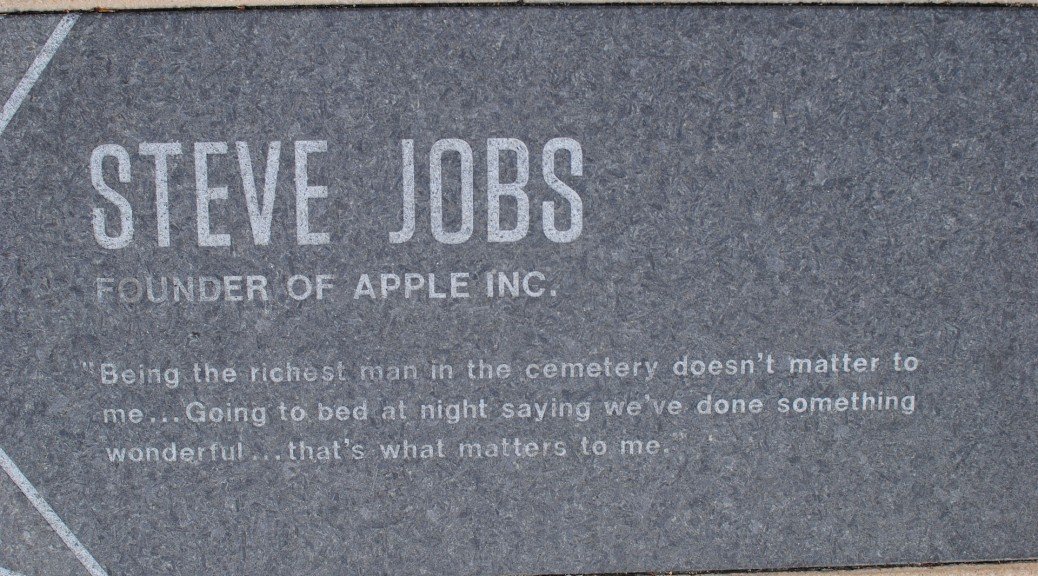 In a year of superheroes, here is a film that demands attention. This screen adaptation of Steve Jobs’ life, scripted by Aaron Sorkin, recognises the futility of trying to visualise the computing legend. A 2013 biopic of the Apple founder gave a broader view of his life; in contrast Sorkin grabs a few key events and throws them under the same setting. Almost all of Steve Jobs unfolds backstage at three product launches; for the Macintosh (1984), NeXt (1988) and iMac (1998). This framework could have hindered the narrative’s vitality. However, the creative manipulations the film makers use to address these challenges instead have produced one of 2015’s best movies.

Sorkin’s script, combined with director Danny Boyle’s imagery, creates a dreamlike quality. The claustrophobic environment traps the viewer inside Jobs’ state of mind. It’s like someone scanned his brain onto a film monitor and cut his memories together to form an abstract painting. Instead of focusing on highlights, Steve Jobs draws on images from his regretful, megalomaniacal subconscious. Through this approach we see his buried memories seamlessly combining; he becomes a Frankenstein-like figure.

The cast of important figures from Jobs’ life, unsurprisingly, keep pushing him to change. This includes Kate Winslet, in a great supporting turn as Apple Marketing Chief Joanna Hoffman, as Jobs’ only voice of reason. Other colleagues, played by Seth Rogen, Jeff Daniels and Michael Stuhlbarg, beg the egotistical Jobs to give others credit for the company’s success. Chrisann Brennan (Katherine Waterston) is the ex-girlfriend seeking support in raising their daughter, Lisa (played distinctly by a different actress in each act). Each character has multiple duels with the caesar of Silicon Valley.

Leading this outstanding cast as the man himself is Michael Fassbender in the role of a lifetime. His take on Jobs unleashes a menacing perfectionist, fighting every battle to the death. Indeed, Jobs was a shrewd businessman. By separating the warmth from the charisma, the film explores the personality traits – not always pleasant – that elevated him above his peers. In one showdown between Jobs and Rogen’s Steve Wozniak, the latter says: “How come 10 times in a day, I read ‘Steve Jobs is a genius.’ What do you do?” Jobs replies: “I play the orchestra.”

His humanity, meanwhile, is shown wonderfully through the father-daughter conflict. Jobs constantly denies paternity of Lisa, who persists with him regardless. Her presence allows Sorkin and Boyle to transpose Jobs’ childhood onto Lisa’s character. Just as she is rejected by her father, so was the adopted Jobs. Lisa’s maturation also compels him to wake up from his manic-Machiavellian OCD dream.

The circling narrative seems to be an allegory for dreaming. Jobs’ line: “It’s like five minutes before every launch, everyone goes to a bar, gets drunk, and tells me what they really think of me,” acknowledges Sorkin’s conceit. Additionally, it recognises the idea of a dreamer questioning the reality of events taking place. Only a great film can work on so many levels.

The cinematography successively deploys 16mm, 35mm and digital formats to replicate the aesthetic of each era portrayed. The faultless score, production design and costumes add to the story without distracting. Everything is woven together with sparkling editing that deserves accolades. And while comparisons with The Social Network (another Sorkin-penned tech biopic) are inevitable, Boyle dismisses any resemblance with tenacity and excitement.

Steve Jobs is clearly a $30m experiment. A film on a similar scale, Birdman, won the Oscar for best picture in 2015. Can this one do the same in 2016? Although it’s certainly a contender, it seems very unlikely. It’s not a “message film”. You won’t walk away moved.

Each act is a character study which unfolds an attempt by Jobs to climb Maslow’s hierarchy of needs. In that mindset, the casting of Fassbender, who looks nothing like Jobs, works. His spectacular performance portrays Jobs’ own image of himself. The distortion between who he once was and where he stands at the time of death is richly painted. Consequently the look, voice and mannerisms are all in sync, although not the face, which signifies a loss of identity: an essential component in Maslow’s hierarchy. That is why the final act is the closest Fassbender gets to the turtleneck-wearing genius we know. It reminds us Jobs is nearing self-actualisation; that in the next act, Fassbender’s crumbling Frankenstein will morph into the man himself.

However, there is no act four. Whether Steve Jobs reaches the pinnacle of Maslow’s theory is left ambiguous. Maybe the backstage drama that fuels the three acts doesn’t result in an enlightened Jobs. Conversely, by cutting short the momentum of grasping wisdom, it’s Sorkin’s way of saying the man we proclaim a saint was never one.