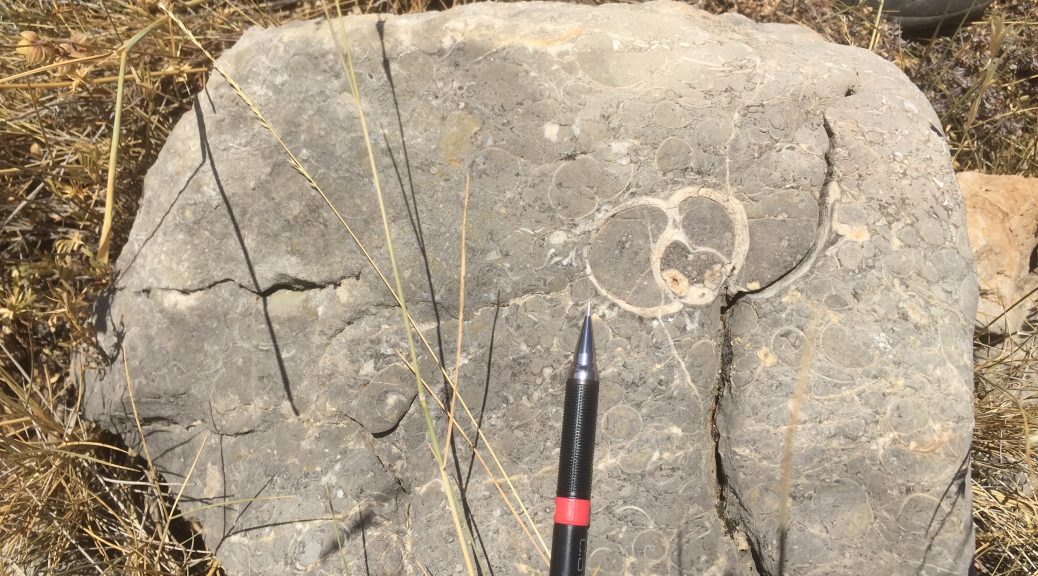 Some people would say that university life involves copious amounts of time reading book after book in the library (in addition to visits to the SU, of course). It has to be said that the same can be true for those of us in the Department of Earth and Planetary Sciences. The added bonus for us is that in our third or fourth year,  instead of the dissertation required for most subjects, we instead undergo a Map and Thesis. In simple terms, this requires Geologists (Planetary and Environmental Geology students get to do something else) to go into a previously unvisited area and create a geological map from scratch. This is accompanied by a written thesis containing all of our observations, scientifically-based interpretations, and an overview of the entire history of the area linking our own work to that done previously by academics.

Birkbeck Geology students do a lot of work in the northern tips of Scotland due to the beautifully-exposed outcrops and the wide variety of ages of metamorphic and igneous rocks, the oldest being about 3.5 billion years old. The weather experience has not always been the best, however, so instead, our little group decided we wanted to go somewhere completely different (and rather warmer). After relatively little deliberation, we agreed to carry out our project in Spain, a country that has a much nicer climate and a wide range of geology that would prove to be a challenge but also ensure the production of a map that would showcase our skills and knowledge acquired as young geologists.

All we needed now was a supervisor to guide us through the data collection phase in Spain and the creation of the final product (due March 2017). Very fortunately for us, Professor Charlie Bristow (Professor of Sedimentology) was on hand. His wealth of knowledge and experience working in Spain would prove to be much more than just useful.

My project took place between the 10th of July and the 21st of August. We stayed in a small house in the town of Ayerbe (in the province of Huesca) close to Zaragoza (the capital of the Autonomous Community of Aragon, the northernmost region of Spain). The mapping area cuts through two different municipalities, Peñas de Riglos and Murillo de Gállego. It also centres around the Gállego river which is one of the main tributaries of the Ebro, an important river in the Iberian Peninsula. The area is popular for hiking and watersports on the river (which is relatively fast flowing down from the reservoir) and for bird watching due to the various breeds of vulture, falcon, buzzards and numerous other species that inhabit the ridges and cliff faces.

One half of the first impressions of the terrain were those of confusion. It is a well-known fact that universities will always use the best specimens of rocks, fossils etc. in order to allow students to see what things should look like. It is also quite a well-known reality that this is not the case when it comes to fieldwork and actually things in real life look quite different when they have been pounded by rain and baked by sunshine for thousands of years. The opening photo for this article is one of my favourite for showing this. On first inspection, you might think there were only two maybe three rock types in this photo when in fact, there are five. As you can imagine, 6 weeks of trying to decipher which was which took some effort even towards the end. The second half of the first impressions were along the lines of ‘why is everything up?’. To put this into context, before we left for Spain, we had to produce some base maps. These are what geologists use to show the terrain and then we ‘colour in’ the geology over the top. In order to do this, we used satellite imagery from Google Earth. In order to work out the correct scales (standard is 1:10000 which meaning each centimetre on the map represents 100 metres) we have to flatten the elevation meaning that we completely forgot that to get anywhere, we needed to climb.

Life in Spain quickly settled into a routine. Unlike the hustle and bustle of London, the town of Ayerbe was quiet and relaxed. The shops even took 4 hours off in the afternoon for siesta time. Our days consisted of fairly early starts although, our whole group was made up of two girls and four guys, the guys (I admit my guilt) were not that great at early starts and usually required the odd stern look. A short drive to the mapping area itself, a small debate on what time we would finish and then we were off in our pairs poised to collect our data. Temperatures regularly reached about 33°C by 2pm, and we were usually exposed in the open due to the lack of cover, so that is when we usually called it a day and headed back to base camp. The evenings were equally warm, in fact I think the house we lived in was designed to trap the heat resulting in me having to sleep on the sofa for 6 weeks. Needless to say, a memory foam mattress was gladly received when I returned back to the UK. We were lucky that the standard student craving for all things pasta could also be indulged and made up a good 80% of our evening meals.

As I mentioned earlier, the places that we visit as Birkbeck students include mostly igneous and metamorphic rocks (cast your minds back to GCSE geography – rocks from volcanoes and rocks that have been changed). In our area, it was all sedimentary rocks. Something most people might know is that they are the most likely places to find fossils and Spain did not disappoint. For us, being able to identify the fossils was particularly important as dependant on what they were would influence our interpretations on the rocks they are found in, things such as age, type of environment the animals lived in etc. Although at the time of writing I am only just starting to get into the meat of my thesis, first impressions shows us that the area that is now Spain had a plethora of living things and that we are lucky enough to see them fairly well-preserved to this day. The fun part was trying to find them, mostly achieved by hours of looking through hand lenses whilst trying to balance in awkward positions on the rock faces. Lucky for us, a large quantity of the exposures were found on the side of a main road that ran adjacent to the river through our area. By the third week, we didn’t even notice the odd looks from passing Spanish drivers, presumably wondering why a group of youths bearing clipboards, hammers and eternally confused expressions were stood staring at rocks.

All Geology students have to do the Map and Thesis. It is a rite of passage, and something that those in the profession talk about for years to come. Mine was no different and although a huge challenge mentally, one I’m sure will pay off……hopefully with a 1st!