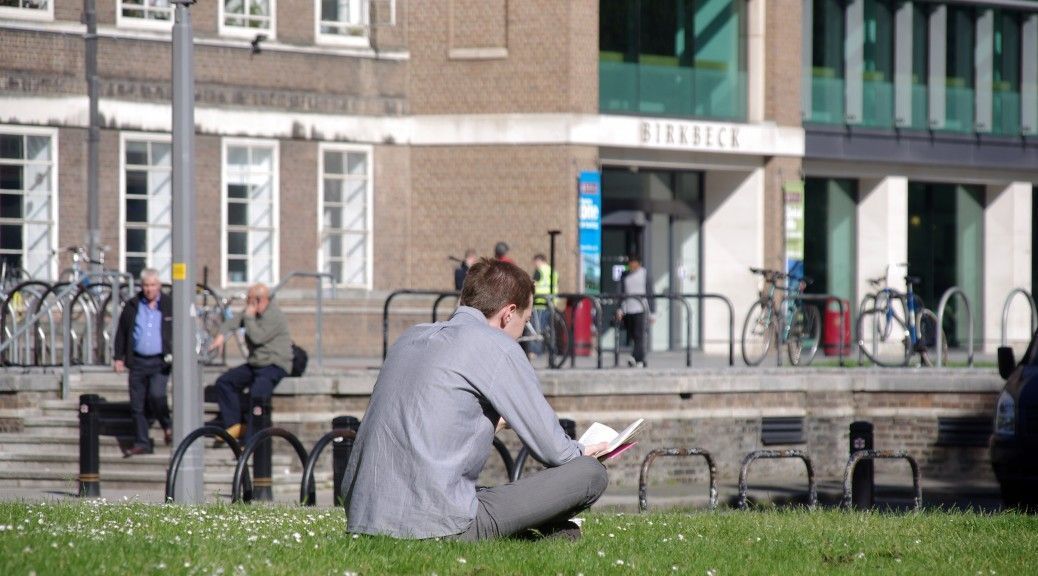 A week ago Monday, the Birkbeck hustings saw two big personalities take to the stage to argue the merits of voting for them to become the 2015-16 Welfare Officer. There had been some significant competitive steam on the Internet in the runup to the hustings after Darren Shaw of the Psychology society and Steven Hayden of the Law Department released campaign videos.

I’ve been at Birkbeck for a few years now and this was the first time I saw campaign videos as part of social media campaigns on Facebook, despite having regularly seen it from friends in more conventional universities. Although one of the competitors was a first year at Birkbeck, both contenders at the hustings were grown men.

The first year, Hayden, had tried to court my vote over a pint by evoking negativity around the other candidate, just prior to the opening of the two-week polling period. This bitter attitude continued into the hustings, where candidate Shaw heckled Hayden in Jamaican Patois for making a passing insinuation of his inability to run the Welfare portfolio on the basis of his successful Psychological society.

A week later, it materialised that both these candidates had stood down from the race. Steven Hayden, regardless of his opinion of Darren Shaw, made a good point that the Welfare Officer position would entail a great deal of work. Housing, he stressed, was the main area of issue for Birkbeck students.

We will never know what either would have brought to the job beyond rhetoric. Hayden and Shaw’s supporters were keen on discrediting the other on the grounds of an “All Flash, No Substance” argument. The Law clique affiliated in the Students Not Profit slate passed accusations on Darren on the basis on his having different Facebook profiles; meanwhile, Tony Halliday’s changing array of names, which ended up as Steven Hayden on the bill, raised the same questions of integrity.

Regardless of what truth was in their names, there is only one recognizable union name left standing on the Welfare bill. Sofiya Ahmed is a 3rd year PPH student and Kashmiri liberation activist. She was originally Anti-Fascism, Anti-Racism Officer at Birkbeck before ascending to joint Women’s Officer of NUS London. Her base in the Islamic society and politics department gives her a real chance of winning. The question remains: What do Birkbeckers expect of someone in this important role? As she did not attend the hustings, there is little clue of what is being offered beyond a generic commitment to “free education”, among other buzzwords seen on her flier.