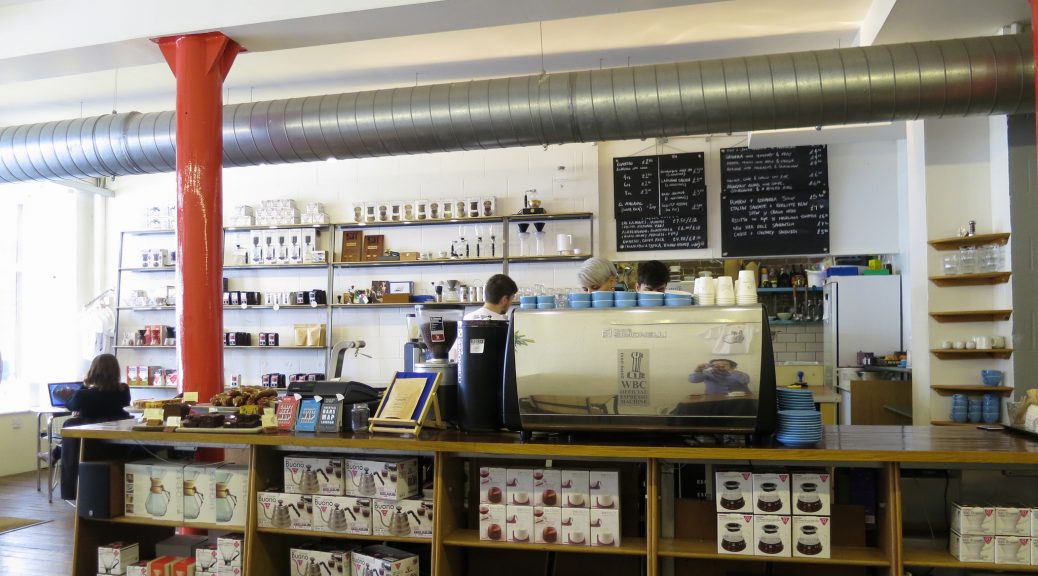 The coffee here is infinitely better than one would expect from somewhere that also does great food. It’s a leisurely, open-plan room with more than enough space to spread out all your notes while you dawdle over the coffee menu and bookshelves of chocolate. Yes, as well as great coffee, Prufrock also sell enticing looking chocolate bars from far-flung parts of the world (although I admit I have never tried these, considering some are ten quid a pop). This has to be one of my favourite spots in London because of all the boxes it expertly ticks.

Walkability: Not so great. It would take around 20 minutes, so still very far off the Oxfam Marathon Walk (been there, done that) but making one’s way past huffing commuters is not always the most pleasant experience. The nearest stations are Chancery Lane and Farringdon.

Studyability: 10/10; most definitely would recommend.

The coffee here was (as the youth nowadays say) off-the-hook, fire, peng, dank whatever term you want to insert, you insert it baby! The view on the other hand wasn’t so dank; the hospital is right in your eyeline; turn away from the coffee shop towards the street and BAM there it is. To be fair I don’t recall this bothering me too much at the time, but I guess instead of rose-tinting my memories, my brain has the effect of making them seem so much worse than they were. My mother had the most delightful cappuccino, so creamy and smooth it felt like jumping into a pool of whipped cream, instead of just taking a sip of coffee in the horrendous hustle and bustle that is London. As for my americano, I truly have nothing bad to say about it. Now onto the rest of the rankings…

Studyability: 1/10 – unless you have a penchant for awkwardly balancing a laptop on your knees while precariously holding your coffee in your free hand, this is not the study spot for you. Come here for a quick coffee after you hop off at Russell Square and before you enjoy your walk to Birkbeck. Take your coffee and go before you’re late for class; chop, chop.

I arrived at Kaffeine (yes, that’s really the name – blame the hipster Aussies) dead on twelve, and it was packed. Walking past an appetising and enticing food counter, I was greeted by a cute, smiling little blonde. The coffee this time was an americano; full of flavour and slightly fruity, with just a hint of acidity; not always a bad thing, in this case it complemented the other flavours nicely. The only downside was that on the walk to Birkbeck, I had to pass what I could only presume from the noise to be a jungle of wild children kept hidden behind high walls.

Walkability: only 13 minutes, and apart from the aforementioned wildlings, it was a pleasant route that took me down some back streets offering a mix of independent art galleries and impressive graffiti.

Studyability: 5/10; possible only if you precisely figure out the best time to get there and grab a spot. Then figure out the most convenient time to leave before people fill it up like bees gathering to a queen. 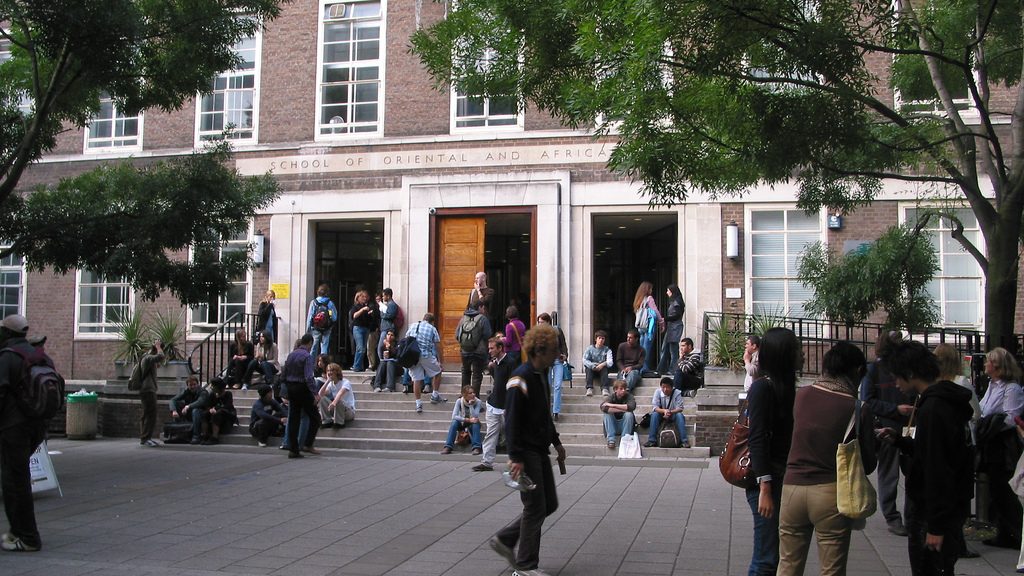 I admit it may not be for everyone, but bear with me a moment. The coffee itself could be worse, but I have also had better. The latte art on my choice (a soy flat white – I’m lactose-intolerant, not on a Gwyneth Paltrow style diet) was more abstract than I would normally expect, though to be fair, Dillons is located in the university heart of London. Such reservations were easily overlooked when I took my first sip of coffee right before a six o’clock lecture; strong, robust and not at all subtle. Precisely what I needed. However, a few more sips revealed an equally unsubtle lingering bitter flavour. I could hardly care less at that point – I’d just ordered a coffee from one of the most hipster-looking places I had seen, and must now be in with the ‘cool’ kids. Well, perhaps not.

The reason Dillons is on this (very subjective) list is that firstly, it’s close to Birkbeck so ideal for a pick-me-up right before your eyes roll into the back of your head and your body starts shutting down. Also, it’s something of an entertaining place; go there to combine work with a socialising, be amazed by the diversity of London university life, and take a break from the monotony of the library. On the subject of the latter, has anyone else noticed it smells weird, or is that just me?

If anyone has any other coffee shops they would like to recommend, I would be more than happy to visit them for a future review (independents only please – Costa and Starbucks don’t need my support). Suggestions in the comments please.

There’s a part of my heart that harbours quite the soft spot for SOAS; it was the university everyone expected me to go to, and the university I did not get into. Even when I was taking my A-Levels I would wander every so often (or more like once a week) into this corner of London to attend one of the evening lectures that SOAS held for the public. I can’t remember when it was that I first fell in love, perhaps during the talk on the conflict in Palestine, or possibly the one on the remnants of the Arab Spring. Either way, I was hooked and there was no way back. My teachers and mother found it amusing I would spend my spare time on even more education, but I was never the ‘normal’ kid in my family.

I would more than recommend attending one of their lectures; you’ll most likely find something that will interest you, whether your field is finance or nuclear weapons. I know it can be difficult to find time for more lectures what with work during the days, studying during the evenings and not really having time to even take a breath; but it would really be the cherry-on-the-top of all the great things you’re already managing to do in your day. 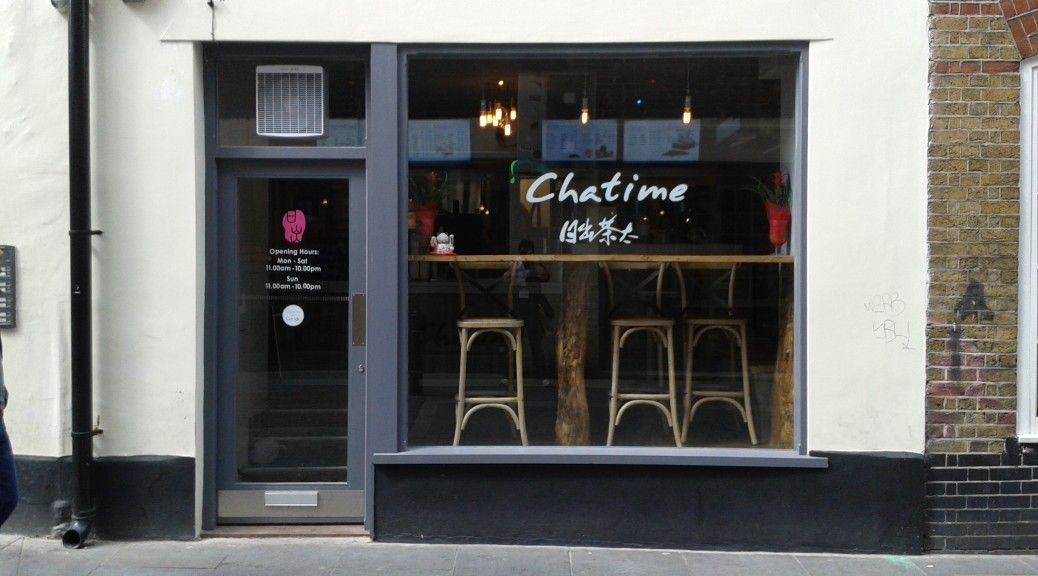 A little late to the scene, it’s been about five years since bubble tea, or boba tea, started to take off in the UK. It was created in Taiwan in the 1980s when a dessert shop started putting left over tapioca balls in iced milk teas at the end of an evening*. Bubble tea has grown enormously popular in hotter climes, notably Hong Kong and Australia.

It has been slower to catch on in the UK, perhaps due to the weather. A hot chocolate with marshmallows is always going to beat an iced milk tea in winter. Despite this, a number of bubble tea shops have found success.

Soho has one of the highest concentrations including Bubbleology (which makes a fairly simple process look like a chemistry set), Bobajam, and Leong’s Legend (also a Taiwanese restaurant). Cafe de Hong Kong in Charing Cross is another hit, but the most popular remains Chaboba in Camden, frequently heralded as the best amongst bubble tea enthusiasts.

With shops in Soho, Chinatown, Portobello Road and the Brunswick Centre (a couple blocks from campus), Chatime has so far been one of the most ambitious. Its latest shop opened in April on Rivington Street in Shoreditch, five minutes walk from Old Street roundabout.

Chatime describes itself as a franchise teahouse chain. While not technically a teahouse in the traditional sense, the décor is more traditional than other bubble tea shops, and it imports its produce directly from Taiwan and brews its own tapioca fresh each morning.

Bubble tea usually involves a cold milky tea or fruit tea served in frappe-style takeaway cups or tall glasses and includes tapioca (known in bubble tea shops as ‘pearl’), jellies or red bean toppings. The name bubble tea is often mistakenly assumed to refer to the toppings (which do look like coloured bubbles) but in fact refers to the drinks frothiness after being thrown around in a cocktail shaker. Because the tea is often very sweet, Chatime, like other bubble tea shops, offers you the chance to chose a sugar level – a particularly useful add-on.

Tao, manager of Chatime Shoreditch, gave me five drinks to try. The first, roast milk tea with grass jelly was pleasant but for a slight taste of cardboard. The second, Chatime milk tea with pearl, a more traditional option, was lovely and my favourite. Fruit tea options include mango, lychee, passion fruit, peach and lemon. These make very refreshing drinks, ideal for the incoming summer months. I found the lychee black tea with coffee, rainbow and coconut jellies a more refreshing drink than a frappe. 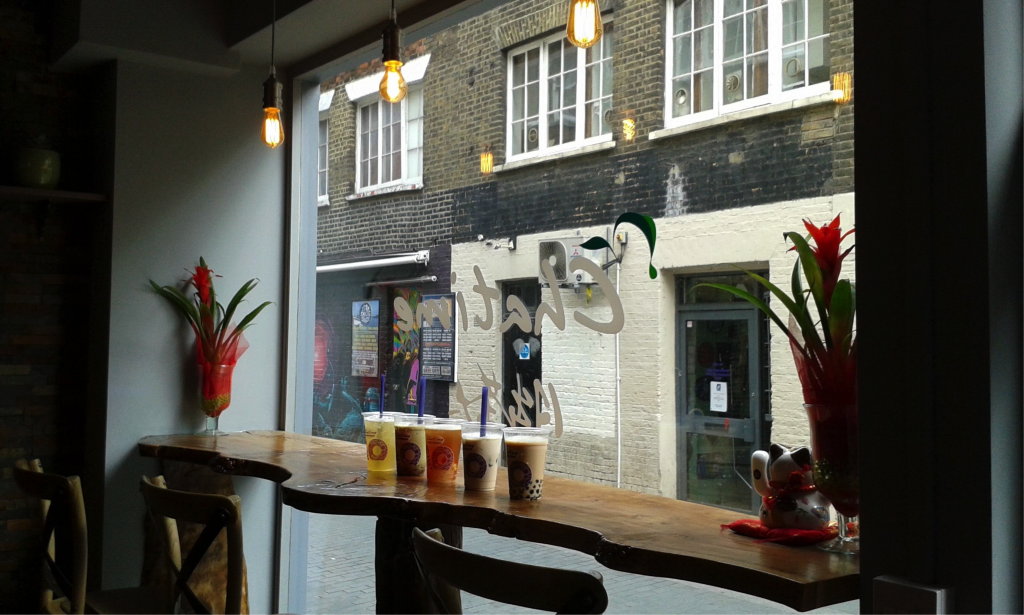 Other drinks suited a slightly different palette, with a few being particularly popular amongst Asian drinkers. Matcha milk tea with red bean is one example, and I found it left a nice aftertaste. However, the brown rice green tea tasted of bitter popcorn. I’m sure Chatime’s sugar options can remedy this, though, and I would suggest playing around with these levels.

I have only one misgiving about Chatime Shoreditch and that’s its location. It is not prominently situated and midweek footfall seemed almost completely absent along the road. Furthermore, for Birkbeck students a closer one can be found at the Brunswick Centre. Nevertheless, Chatime’s bubble tea is a welcome addition to the cities wondrous variety of drinks on offer.

Another growing trend has been expanding through London recently. Coconut water has become one of the latest ‘fresh’ and ‘natural’ drink products hitting the shops.

MightyBee, a newcomer in the market, promotes its coconut water as a fresh, organic and refreshing drink made from coconuts picked green in Thailand. I was fairly confident I would like it as it contains coconut, which I like, and water, which I also like.

However, while I admire MightyBee’s organic and community-focused ethics (it is certified organic by the Soil Association and describes itself as ‘advocates of fair trade’) it has to be said the nicest description I could find for it was niche, and I’m not wholly convinced this will catch on. 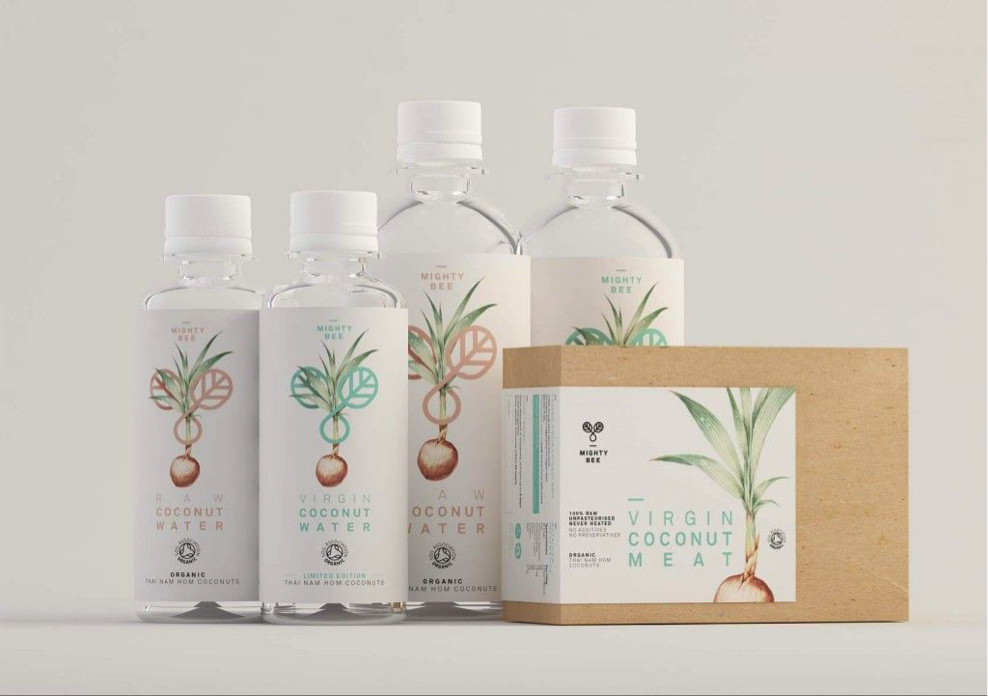 Currently only delivering to stockists in London, I can imagine it being found on refrigerated lunch counters in high street shops. I just can’t imagine it competing for long with other, more refreshing drinks on offer, like water. I am happy to be proved wrong, but a drink that smells of tangy cheese doritos has a bit of a hill to climb.