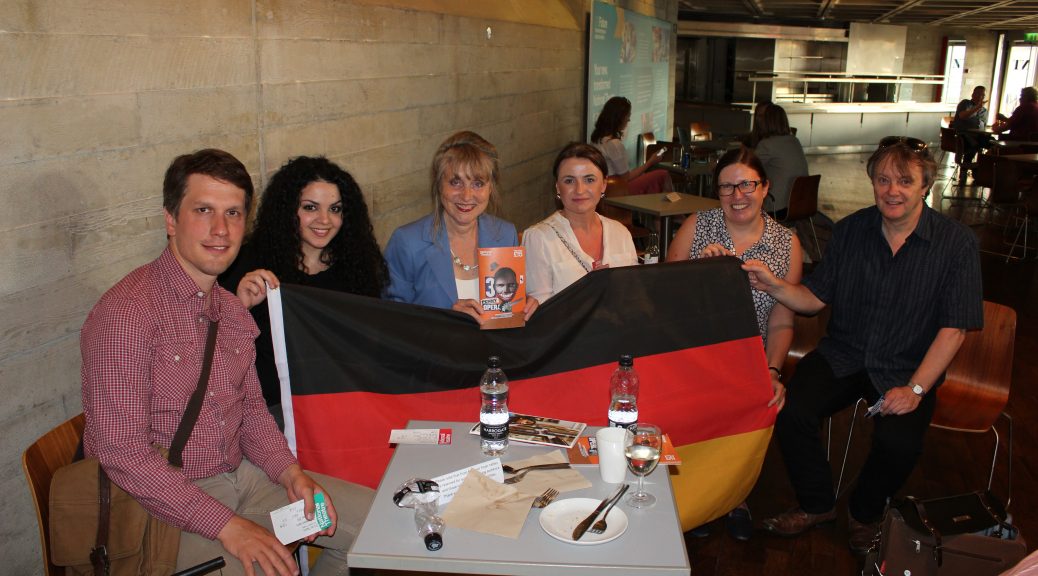 The German society is one of the most vibrant societies of Birkbeck, and  has recently celebrated its fifteenth year in Malet Street. Under the current President, Ryan Gray, and Secretary, Geraldine MacMahon, there are twenty seven active Birkbeck students affiliated with the society, alongside eighteen associate members.

International trips have included excursions to Dresden, where members visited the Semperoper (Dresden’s Opera House), the Frauenkirche, and the Zwinger Palace.  The society also travelled to Meissen, situated North-West of Dresden, the home of Albrechtsburg Castle and Gothic Meissen Cathedral.

Ryan and Geraldine will be arranging events at The Goethe Institute in South Kensington, and The Austrian Cultural Forum in Knightsbridge. Admission is generally free of charge for events, but occasionally trips may cost a couple of pounds.London trips have included an excursion to Wigmore Hall for a liederabend, where students enjoyed an evening listening to the songs of Franz Schubert. The society also took in a performance of Berholt Brecht and Kurt Weill’s Three Penny Opera at The National Theatre in June. Ryan and Geraldine hope to plan a trip to Munich in March 2017.

The society regularly meet up at Bierschenke, an authentic Munich beer hall in the City, and  The George Birkbeck Bar.  Ryan and Geraldine intend to arrange at least one film screening at the beginning of next term, and arrange guest speakers to give a talk on current affairs including Germany’s future in the EU post-Brexit.

From the beginning of the next academic term (2016/17), the membership fee will be £10 for current students, and £12 for associates to join. There will be opportunities to run for a variety of prominent positions within the society including President, Treasurer and Secretary.