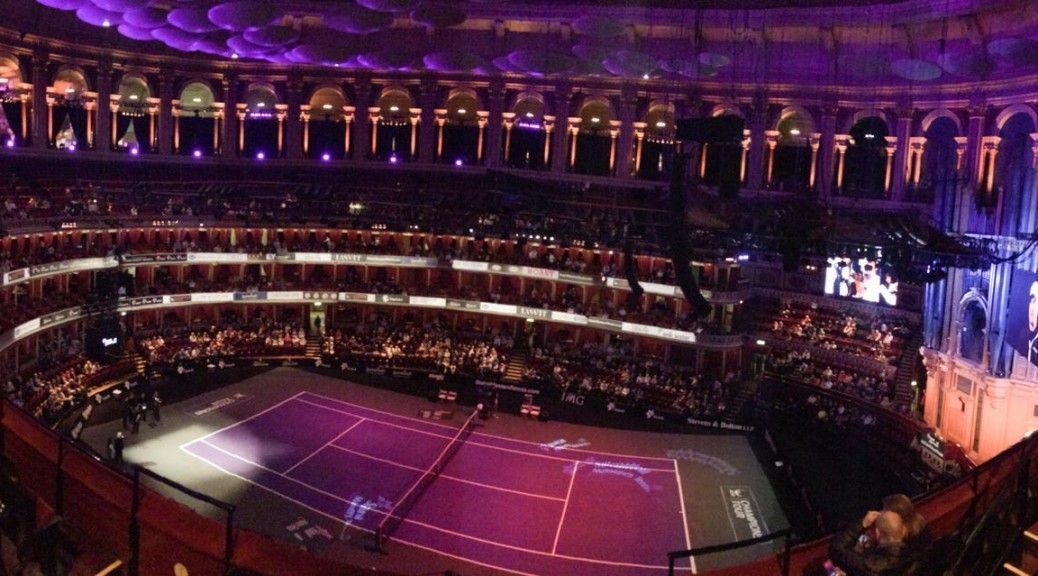 Fellow tennis enthusiasts would agree: A Saturday evening dedicated entirely to sport and entertainment – who could ask for more?

The 18th year of the Statoil Masters Tennis tournament was simply amazing. The Royal Albert Hall, one of the most incredible venues in London, was the perfect setting for this event, which ran from 3rd to 7th of December.

The tournament saw some of the greatest tennis legends of all time, including John McEnroe, Pat Cash, and Henri Leconte.  Also playing in doubles or exhibition matches were Wayne Ferreira, Jamie Murray, Peter McNamara, Mansour Bahrami, Andrew Castle, and Ross Hutchins, making his debut at the event.

Players Tim Henman, Andy Roddick, Fernando Gonzalez, Greg Rusedski, Xavier Malisse, Sergi Bruguera, and Thomas Enqvist contended in an ATP Champions Tour field, where were eligible only athletes who ranked number one in the world, played in a Grand Slam singles final, or played singles for the winning team in a Davis Cup Final could compete.

Expectations for the event were far exceeded, as the event enjoyed record ticket-sales this year. The veteran McEnroe affirms:

I’ve played the Statoil Masters Tennis at the Royal Albert Hall almost every year since it began in 1997. That’s because it’s one of the most beautiful places in the world to play tennis, the acoustics are incredible, and I’ve won it a number of times. I’m already looking forward to getting back there in front of the great crowds they have, and to try to win it again.

The wonderful entertainment of 6th December’s evening began with a single match between Roddick and Malisse. Roddick returns to London for the first time after a 2009 Wimbledon Final against Roger Federer. This time he defeated Belgian player Malisse 6-4, 6-2, to move on to the final against Gonzalez. The atmosphere for this match was wild, as the players laughed while showing off their personal tricks. “I never had so much fun losing,” admitted Malisse.

Continuing on with the night, Cash, Castle, Ferreira, and Leconte joined the court. From the onset, this double match was hilarious – a real show – especially thanks to the French player Leconte, who entertained the crowd with funny gags.  While everyone kept smiling and enjoying it, the players didn’t miss the chance to perform great hits.

On Sunday 7th December, the 34-year-old Chilean player, Fernando Gonzalez, who also had his debut in this competition, became the new Statoil Masters Tennis Champion. He won 6-4, 2-6, 10-4 against Roddick. “This is great to win this tournament. This week has been amazing and I enjoyed this match against Andy a lot. It was very tough, we had very long points, and my body will feel bad tomorrow,” Gonzalez said, adding, “This is so fun because after you retire you never think you are going to be back on a court like this. I have enjoyed it really a lot.”

To relive a great event with the greatest legends of tennis, I have marked my calendar for next year. My advice for everyone is to join the experience for at least one night of the event. Let’s relax, drink a beer, and enjoy this surprising sports show!