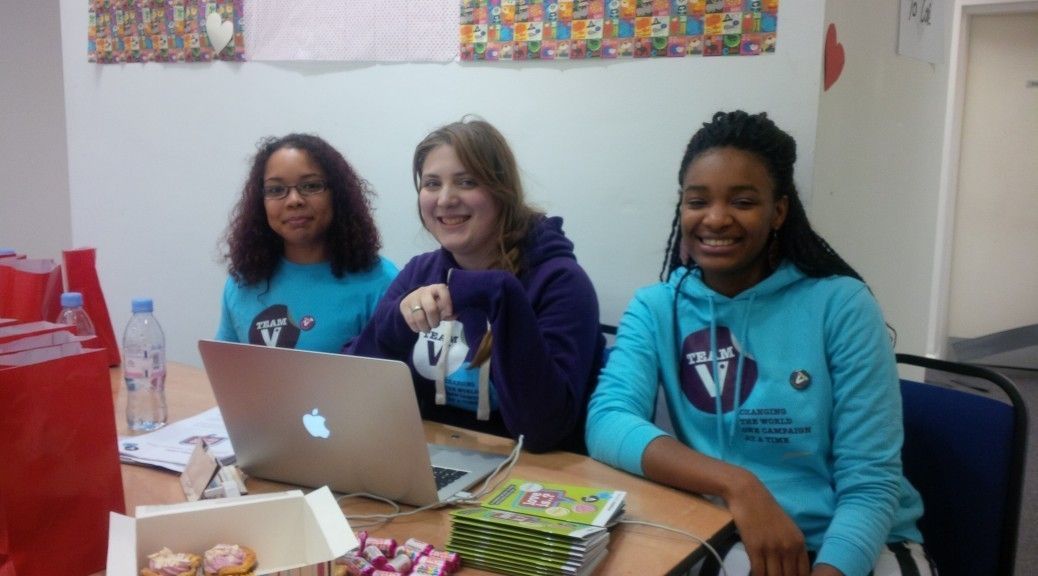 University is a time in people’s lives when they go out and find themselves, and I found out that this is true not only when you are a student straight out of Sixth Form.

Who you are, who you are with and what you expect from a relationship are among some things that aren’t fixed in time, so epiphanies fall on you at unexpected moments. An environment like Birkbeck, which brings together people from all walks of life, can only make this more evident.

Our campus is an interesting place to be and it’s why I spend much time there and so that’s where I decided to carry out my duties as a Team v leader.

Team v is the youth charity vInspired‘s flagship volunteering and leadership development programme, a usual suspect for making you think about yourself because of the self-evaluation involved, but the topic of the campaign itself was thought-provoking.

It’s thought 75% of girls and nearly 50% of boys have experienced some form of emotional or physical abuses from their partners, but 81% of them have never sought help. That’s a pretty high number, it means that whenever you look around yourself on campus, roughly three-quarters of the people you see have experienced it. You may even have experienced it yourself. It’s a very heavy burden to carry.

The aim of our campaign was to bring awareness to young people, so that they’d know the warning signs of an unhealthy relationship and services available if they need help.

For that reason we teamed up with the University of London Students’ Union (Women’s Officer) to broaden our reach to the whole campus, and held a stall on Saturday afternoon to ask people their opinions about what experts singled out as potential warning signs that a relationship may be (or become) abusive.

The date wasn’t a casual choice; it was the day after Valentine’s Day, a time of the year dedicated to love, and this year it fell shortly after a parliamentary debate on changing the legislation about sex and relationship education in schools and the General Synod of the Church of England discussing how to prevent and deal with domestic violence.

What a great time to raise a debate about relationships!

vInspired (the youth charity of which Team v is part) and Tender (a charity which, in their own words, works to promote healthy relationships based on equality and respect) hosted a Q&A on Twitter that has gained the support of many other organisations as well as the Team v leaders running their events on the same day.

It was a busy day for a Saturday; the building is never as full of people as on a weekday, but the computer fair that was running at the same time brought around many more people than you usually see. The people we spoke to were of diverse age, gender, personality and probably much more under the surface.

They brought an immense contribution to the campaign. It’s a great feeling to be part of something like this, and be able to touch the life of even just one person with something that will make a real difference for them.