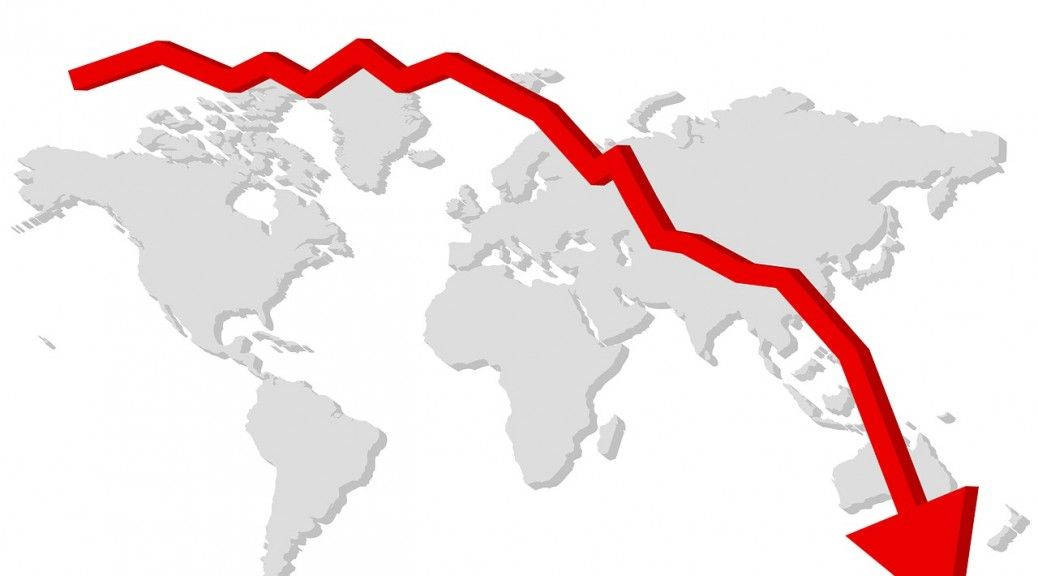 Why do poor people stay poor? How can institutions overcome market failures? Why does capital not flow naturally from more affluent individuals to those less so, and from richer countries to poorer countries? Questions like these have been studied extensively and go back, in some form or another, to Adam Smith’s inquiry into the wealth and poverty of nations.

At the start of this academic year I wrote an article, titled ‘Adventures in Economics’, the modest aim of which was to explore and present the continuity of modern economic thought from writings of Adam Smith to the relatively more recent work of the likes of Gary Becker, Kenneth Arrow and Paul Samuelson. In order to facilitate the reader’s comprehension of this long period, the article focused on applications of economics to two observed phenomena that at first seem incompatible with economic theory, namely altruism and the exchange of information.

In the case of altruism, it is often and incorrectly thought that all economic models are based on the assumption that agents are motivated exclusively by material self-interest. This assumption seems to be at odds with overwhelming empirical evidence from behavioural sciences which systematically refutes the self-interest hypothesis and suggests that concerns for altruism, reciprocity and fairness strongly motivate many people. Moreover, it has been demonstrated that these observed phenomena can be explained by economic theory in a rigorous and tractable manner.

Then there is the economics of information, a fertile area of scholarship which has led to explanations of economic and social phenomena that otherwise would be hard to understand. For example, it is now acknowledged that information is imperfect, that obtaining information can be costly and that there are important asymmetries of information. As a result, many models of reputation have involved both hidden actions and hidden information. Contributions to both these fields have led to several Nobel Prizes in Economic Sciences being awarded. For example, Joseph Stiglitz won his prize for his work on asymmetric information, which he shared with others.

At this stage, an alert reader with strong priors may point out that most of the histories of economics fail to give attention to the pre-Smithian era, which ignores a substantial body of contemporary social thought that is traceable to, for example, Hellenistic schools. Indeed, it was the ancient Greeks who first introduced the term ’oikonomia’, which means the management of household affairs. They also first brought forward critical economic concepts, such as value, the distribution of labour, the functions of money, the just distribution of wealth, and the importance of contracts relating to private property. And yet, while it is true that several Hellenistic, Arab-Islamic, and Byzantine schools referred to economic problems, they did not create an autonomous Economic Science, nor did they aim at doing so.

WHAT HAS MACRO EVER DONE FOR US?

While in the first part of this article we have explored the realm of microeconomic theory, now we will touch upon macroeconomics – the part of economics that focuses on the aggregate level of economic activity. Macroeconomics, or simply macro, is an interesting subject, not least because of it being the subject of intense controversy. In contrast to other areas of economics, observers looking at macro may perceive this field as not only composed of different schools of thought but also characterized by a somewhat recurrent state of disarray. Naturally, one comes to expect a level of scrutiny. Given that macro performance and public policy are closely connected, the major issues of the discipline are also the subject of constant media attention and inevitably play a central role in political and public debate.

Modern macro can be thought of in terms of competing schools of thought. Any theory, consisting of a set of views about the way the economy operates, is organised within a logical framework and forms the basis upon which economic policy is designed and implemented. Theories, by definition, are simplifications of reality. This must be so given the complexity of the real world. The intellectual problem for economists is how to capture, in the form of specific models, the complicated interactive behaviour of millions of individuals engaged in economic activity.

By way of illustration of these dividing lines, the former President of the American Economic Association, Robert Hall, at one point divided macroeconomic thought into two opposing schools: the freshwater school, which referred to the new classical economists (and later the real business cycle economists) located in universities near lakes or rivers such as the University of Chicago, Carnegie-Mellon and Minnesota; and the saltwater school comprising the Keynesians at universities like Harvard, Berkeley, MIT, Princeton, Stanford and UCLA near the east and west coasts of the US. As Hall explains:

The freshwater view holds that fluctuations are largely attributable to supply shifts and the government is essentially incapable of affecting the level of economic activity. The saltwater view holds shifts in demand responsible for fluctuations and thinks government policies (at least monetary policy) is capable of affecting demand. Needless to say, individual contributors vary across a spectrum of salinity.

Part of the difficulty for any neutral observer is that much of the criticism directed towards macro, particularly in the wider media, is badly informed. One only has to pick up a copy of The Guardian for strikingly vitriolic accusations, with headlines like ‘Neoliberal policies have no place in the post-crash world’ and ‘Will this recession signal the end of neoliberalism? Things will have to get a lot worse before UK policymakers ditch the current model for a new Keynesian revolution’ dominating the pages. In contexts such as these, the term ’neoliberal economics’ is little more than a pejorative term loosely aimed at any form of pro-free market policy or ideology, and usually refers to any economic policy that is not primarily based on Marx or the less credible interpretations of Keynes.

The sentiment of such articles, often echoed in other media outlets, is that the reputation of ’mainstream’ macroeconomists has sunk in the wake of the Financial Crisis, so time has come to disregard their opinions. Of course, given that The Guardian aims to sell its copies, any opinion it presents should be taken with a healthy dose of scepticism. A more studious reader interested in the nuances that arise out of the interplay of competing schools of thought may start by considering the debate between Keynes and the old classical model before tracing the development of the orthodox Keynesian school, the monetarist school, the new classical school, the Real Business Cycle school, the new Keynesian and then the Post Keynesian schools.

CRITIQUE OF MACRO IN THE MEDIA

In July 2009, The Economist put on its cover a cartoon of a wax-like book, titled Modern Economic Theory, melting into a puddle like the Wicked Witch of the West in the 1939 film The Wizard of Oz. The Economist derided the economics profession for (1) helping to cause the crisis, (2) failing to spot it, and (3) having no idea how to fix it. However, there is no accusation here that economists of a specific school of thought ‘caused the crisis’, even though some did see it coming, and many have since helped to fix it. A more sceptical reader may point out that The Economist is hardly the representative of views of the economics profession as, ultimately, it is a current affairs magazine written by non-economists hired for their pithy and catchy writing style, rather than a publication that aims to promote research-based policy analysis and commentary by leading scholars. However, the points that were raised in that issue clearly resonated with a great number of individuals and campaign groups around the globe.

Critiques of macroeconomics and, more specifically, of how the subject is taught, are being voiced by student groups in some of the UK’s universities. One such group is the Manchester Post-Crash Economics Society (PCES). As the FT’s Claire Jones put so succinctly,

Since the financial crisis, student groups have attacked economics departments for failing to deal with the world’s most pressing social issues, including inequality and global warming. They have also criticised professors’ reluctance to teach a range of economic theories, with courses instead focusing on neoclassical models which they claim do little to explain the 2008 meltdown.

While macro-forecasting is clearly not the main purpose of economics, some economists had reportedly ’predicted’ the crisis. However, almost none had forecast the amplification of shocks that was its unique trait. In this respect, amplification mechanisms (or multipliers) converted losses on subprime mortgages of perhaps USD250 billion into a 2007-09 loss of world GDP of twenty times as much and a loss on the world’s stock markets between 2007 and late 2008 of roughly 100 times as much. Is this a syndrome of symptomatic failure of mainstream macro? The answer is no. The big problem here is that accounts of the financial crisis place too little emphasis on the role of regulatory failure, which began back in 1999 with the Clinton Administration’s decision to repeal 1930s-era banking legislation known as the Glass-Steagall Act that had erected a wall between commercial and investment banking. In this respect, perhaps the most crucial issue was the absence of adequate regulation requiring stringent deposit requirements on residential mortgages.

So what next? All disciplinary establishments rightly attract criticism and, as the adage goes, good economists have two hands, thick skin and a healthy sense of pragmatism. It is true that repeated predictive failures have given rise both to ridicule among the critics and to more modest goal setting among practitioners. Yet, whatever view is adopted about the ambitions of economics, there will always remain some room for the critic to be dissatisfied with its performance. In this respect, PCES’ efforts are really just a continuation of a tradition of critique of how we think about and do economics.

The reality is that although many university programmes offer optional units of heterodoxy, virtually every economist hired by policy analysis institutions, industry, governments or banks has their core training in the standard curriculum. And while there are many students who are campaigning for curriculum reform, the overwhelming majority of students are not. Perhaps this is due to them having done their due diligence and having come to a realisation that a 3 year degree can only do so much. Even the most rigorous undergraduate economics programmes – at say Cambridge or MIT – only scratch the surface.