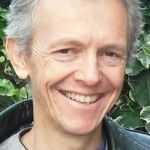 Gavin Evans is not only a lecturer at Birkbeck where he teaches students the ABCs of journalism but he is also a freelance journalist who writes for such publications as The Guardian, The Independent and the Mail & Guardian (South Africa) to highlight a few.

Gavin was born in London but grew up mainly in South Africa where he extensively covered the progress and demise of apartheid, and was deeply involved in anti-apartheid activities from the late 1970s until the early 1990s.  He has also conducted numerous interviews with sports personalities, celebrities and many high-profile individuals.

Has there been a pivotal moment in your career/life that is responsible for the course that brought you into journalism?

I wouldn’t say there is any pivotal moment.  It was just that I enjoyed writing and I enjoyed the adventure of journalism so that when it came to choosing a profession it just seemed to be the natural place for me to go.  I was living in South Africa at the time and I applied for a job at the Rand Daily Mail.  They put me on a training course and I started there in 1984.  I had done a bit of journalism before being involved on the student newspaper in both high school and university.  I had also been writing for several activist publications.

Has there been a low point in your career journey?  What was it and what did you learn from it?

The most difficult point was at the beginning of 1993.  I was born in London and returned to England, mainly for family-related reasons.  This introduced me to freelance work.  It was difficult to establish connections and to get regular work.  I learnt as I went how to work on a freelance basis.  There was a while when income was very erratic.  It took me a couple of years to get into the swing of it.

During this time, I learnt that if you want to work on a freelance basis you have to be extremely self-disciplined and you have to keep a production process of writing going.  The other thing I learnt was that you don’t stick with one newspaper group, which I had done with the Guardian Group.

Another thing I learnt was that you don’t stick with one or two topics.  I had been writing a bit on politics, South African politics and on sports and that was just too narrow, so I started writing on everything, just everything.  You don’t turn your nose up at anything.  When trade publications, managerial publications asked me to do things, I just said “yes”.  Once I learnt those lessons then things went fine.

I won the South African sports writer of the year award, I think it was in 1990, but actually the best moment of my journalistic career, I guess, was about 12 years ago I had a memoir published called Dancing Shoes is Dead and that got good reviews and it sold well. I was quite pleased with the results of that.  Also what was nice about it was that the publishers then sent me on a tour of South Africa to promote the book, which was fun.

It is always a mixture of both things.  I guess the break I got was right at the start where I applied for a job at the Rand Daily and got taken on because that then led to all sorts of other things.

Being a journalist in South Africa in the late 1980s was opportune. South Africa was in the news very much at the time, it was a huge story. High conflict, low-level civil war and in the beginning of 1990 Nelson Mandela was released.  All those things were happening, so it was very good time career-wise to be a journalist. In addition to having my full-time job, I was a foreign correspondent for a world-based news agency, I was stringing for The Guardian and doing a bit of television work and so on.  There was a lot of demand for journalists who knew the situation who were based there.  That, I guess, you may call a break.  It was just being in the right place at the right time.

What has been the biggest surprise to you with respect to your career/life?

It’s not a surprise for me but for other people that my interest now in terms of writing has turned to the area of biology.  I just finished a book which is called Black Brain White Brain.  It is an attack on scientific racism. I am going to follow that with another one which is a similar attack on genetic determinism when it comes to gender, in other words arguing against men are from Mars and women are from Venus, saying that we are all from Earth and we are not that different.  For a lot of people they are quite surprised, as they are used to me being either a sports writer or political writer, but this is the area that interests me at the moment.

That was to be an actor.  I actually did a bit of acting.  I had an agent when I was living in South Africa.  I did a couple of courses and a little bit of acting over here but I decided it really wasn’t for me.  I needed to dip my toes into it, to see, but I decided I did not want to do that.  If I hadn’t got into journalism, I think I probably would have gone into acting.

If I told you to choose any career you wished starting tomorrow, what would you choose?

It would depend on me having the ability, I would become a full-time author, I would drop everything to do that.

Birkbeck has a fantastic reputation.  It is an institution with a very noble history because the whole idea behind it was altruistic.  What I really like about Birkbeck is that it is teaching people that are almost all working people who want to learn.  Most of the students at Birkbeck are not people with silver spoons in their mouths, they are people who are excited about learning.

The second reason is just from a purely practical point of view, Birkbeck classes are at night so I can write and teach.

Lecturing and interacting with the students.

What has been your worst experience as a lecturer at Birkbeck?

There was one student who came from a very posh background which was immediately clear from her accent.  One of the pieces she delivered, she had quoted Lord so-and-so and Lady so-and-so and I had a little bit of doubt and I wondered if she actually got this off the internet, so I asked her and she said “no, no, that is Mummy and Daddy” and I said who does that make you? and she said “I’m Lady so-and-so but please don’t tell anyone else in the class.” At the end of the course she came to see me for some advice and she said “Mummy can get me a job on Tatler, what do you think I should do?” and I said “I cant tell you what to do, but do you want your first job in life to be like everything else in your life (e.g. something that Mummy or Daddy got you) or do you want to do things for once on your own?”, which is quite a harsh thing to say to somebody. She said she would give it some thought.  The next thing I heard was that she had got a job on a publication called Engineering News, She had not taken the job at Tatler she had got it just like everybody else, sending out her CV to hundreds of places and finally getting a job. She stayed there for a year and a half.  She is bright and she could write well and she is now working in a very good position at Reuters, and that is not a job that Mummy had any sway over at all. In the end it worked out well for her, which is good because I would have felt bad if it hadn’t.

Has your teaching approach had to change with the changing demographics at the college?

One thing with having mature students is that many of them have a lot of experience in the world of work so the kinds of ideas that they have can be stimulating for lecturers.  There is quite a lot of engagement with the students which doesn’t have to be on the ‘I’m the lecturer and you’re the student’ basis, it’s a much more even thing. You can chat about life as well and sometimes the students are even older than me, so it is not like other places I teach like London School of Journalism. Most of the students there are postgraduates, but they are young, so I have a different kind of relationship:  there is a generation gap, which isn’t the case at Birkbeck.