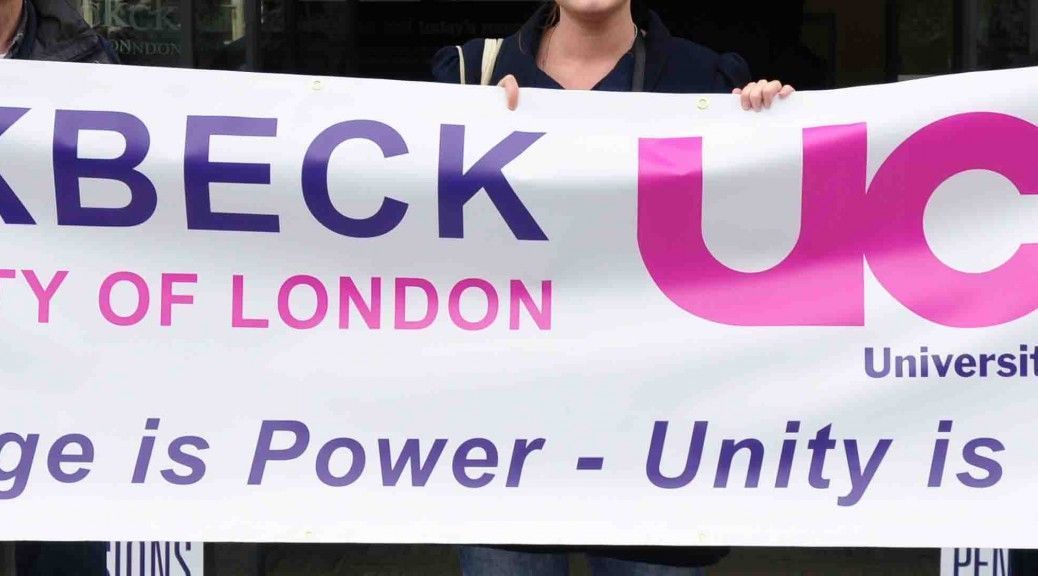 There are no plans for a marking boycott after teachers voted in favour for negotiated changes to their pension scheme.

Late this January, University and College Union (UCU) members passed a measure to switch the teachers’ Universities Superannuation Scheme (USS) to be based on average and not final salary, as it has been before.

Two thirds of a 39% turn-out voted to accept the new proposals, but joint president of UCU Birkbeck, John Kelly, is not happy with the result. He voted against the negotiated changes.

The Professor of Industrial Relations told the Lamp and the Owl, “It was a bad deal for us.”

From April 2016, USS will be determined on teacher’s average salary. Late last year, UCU protested against the move with a marking boycott. Negotiations have suspended the dispute with Universities UK (UUK) agreeing with UCU to increase the earnings cap on the pension scheme to £55, 000 and increase employers’ contribution from 16% to 18%.

For Kelly these are “minor concessions…you can barely see them through a microscope.”

The average salary based pension scheme is a model of Defined Contributions (DC). Those earning over £55, 000 will have their pensions based on DC. However, the cap is fixed and will not change with future pay increases. With the average salary for a senior lecturer being between £39, 000 and £56, 000, most teachers are heading over the threshold.

According to Kelly, universities can tell teachers how much to pay into the scheme but cannot tell how much money they will get back: “All that is guaranteed is the contributions, but the benefits depend on the stock market, investments, banks.

“I suspect in 6 years time they’ll [UUK] come back and say, ‘You know what? This is really messy and complicated, wouldn’t it be much simpler to have a single, harmonised system?’ They’ll propose, ‘Let’s get rid of Defined Benefits and move the entire system onto Defined Contributions,’ which is a move to the private sector.”

UUK puts the USS deficit at £13 billion. They say the deficit is volatile, and this volatility “poses additional risks to the security of the USS and the Higher Education sector employers.”

For Kelly, the new USS “transfers risks to the employees.”

The joint president believes the UCU should have rejected the proposals on principle.

“It’s a risky pension scheme,” Kelly said, “It means the job [university teacher] is less attractive than it once was.”

The chances of any amendments to the USS in a consultation this March were “virtually nil,” he added.

“They [UUK] moved with usual speed,” Kelly said, “They [pensions] are extraordinary complicated. There is often no need to rush with pensions. The sensible thing is to negotiate over a long period of time.”

He cited the coming general election as a reason for why changes to USS were hurried and the UUK wanted to “dismember” the scheme in line with what is happening to other parts of the public sector with only a small window of opportunity to do so.”

Kelly wished the UCU had relaunched the boycott and “dragged the whole thing into May.”

When asked for a comment, Birkbeck re-released an earlier statement.

“At Birkbeck, we have always fostered good relations between our Unions and the College management, founded on our duty of care towards our students. Our priority is minimising the impact on our students and we will continue to work together so that in this case, as in the past, we can find a pragmatic way forward that protects the interests of our students.”