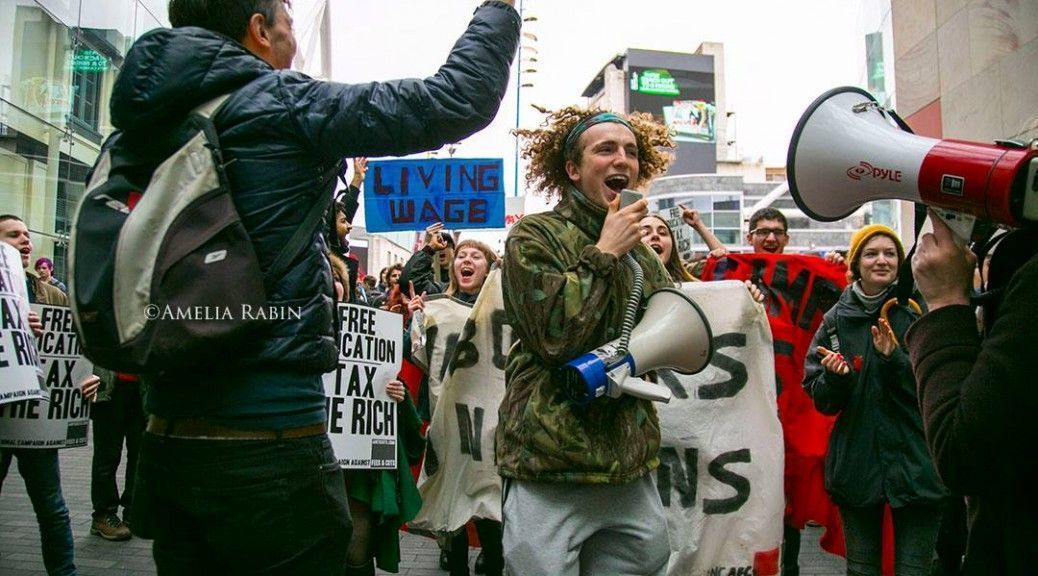 It all started on a Friday.

While many students were heading off to one of the local watering holes, including “Radar” night at the former University of London Union, I opted instead for a trip to a room in City University.  The sparsely occupied lecture theatre hosted a panel debate among the regional chairs of all major political parties. In true London fashion, Nigel Farage’s UKIP was not represented, while the Green Party was – by incoming Birkbeck SU Welfare officer and Young Greens regional co-chair Sofiya Ahmed. It was duly noted by the floor, however, that the Greens do not constitute a major party.

The impartial chair (a confirmed floating vote) and the floor posed questions on topics such as the economy, employment, the housing crisis and education.

The most entertaining part of the night was when Will Dyer charmingly defended the Liberal Democrats and the governance of coalitions. He stated that the Liberal Democrats had protected the country from more radical Tory cuts, stopped the foundation of a Maggie Thatcher day and instituted a low tax band for working people.  He had a genuine love of the party, despite it being the least trusted by most students. Students turned away from the party after Nick Clegg’s tuition fees U-turn, which even saw an apology and subsequent viral video. Needless to say, I was not convinced by Will’s message that the Lib-Dems are the rightful stewards for his nation, although I must give him credit for the most uses of the word ‘anchored’ in a sentence.

Luke Springthorpe of Conservative Future defended the current government. Despite being pro-union, he praised zero-hour contracts for their flexibility, adding that such work was ‘better than no job’. He wrote off criticisms of DWP sanctions, saying the sanctions were probably there to stay. Springthorpe remained highly sceptical of the left proposition to use taxation as a stimulus for housebuilding.

Ria Bernard(@riab_22), a speech and language therapist and joint leader of London Young Labour, held the fort for camp Miliband. She maintained the current party line of a more moderate austerity. She said the cuts were ‘too fast, and too soon’ and Help to Buy was an interesting idea but problematic. When I told her that my plans for the next morning involved going to protest the party’s proposition of £6k fees, she replied with a shrug, “6 is better than 9.”

The three major parties all avoided the toxic term – “social housing” . Sofiya, however, did not shy away. She stated that the Green Party would ditch a £100bn trident renewal, instead spending £6bn on half a million new homes and plugging the £20bn NHS deficit. Nicola Sturgeon of the SNP has also made these suggestions. In response to the Tory panelist’s defense of apprenticeships, Sofiya expressed concern that some apprenticeships are low quality, and the employers just use young people, not providing adequate skills or education in exchange for the cheaper labour.

At the end, many debates continued in the pub. I left somewhat swayed to the Green cause.

Saturday morning was the earliest of its kind since I had been bothered to go doorknocking with #labourdoorstep. This Saturday called for walking action against Labour. NUS London, in association with the Student Assembly against Austerity and the National Campaign Against Fees and Cuts, called for a demonstration on the doorstep of Labour MP Liam Byrne in Birmingham.

Byrne is the shadow minister for Higher Education. His contribution to the Labour 2015 campaign was a commitment to lower the tuition fees’s upper band. His constituency is Hodge Hill.

There was an overwhelming amount of local support for the Demo. Regional support came from the Black Country Young Greens. A local Trade Union head and schoolgirl were among the opening speeches at Birmingham University.

The coach journey up to Birmingham came courtesy of the UCL union. UCL ‘defend education’ songbooks circulated for rounds of poorly tuned Trotsky-esque songs. It was a delight to see seasoned Birkbeck Activist Alex Owalade squirming at the singing, having heard it all better the first time round in the 1980s. The Marxist tone of the travelling demonstrators was echoed by the red patches pinned to a number of students’s lapels, supposedly the sign of international student resistance. Over the long journey, protesters discussed strategies for progress with NUS London as well as the viability of a demand for free education.

The communal feeling was very much disappointment with Labour. The demand for free education involved a complete turn-around from tuition fees to replace them with free education and living grants – such as would have been the deal for many of Birkbeck’s mature students had they had the chance to go for a degree at age 18.

The marching route headed through the town centre. Shouting for an end to student debt and austerity, cries of “Cutback! Fightback!” went on strong. Multiple megaphones, a sizeable crowd, a conch (like from Lord of the Flies) and an exuberant drummer kept pace and spread the message of anti-austerity through the city’s main shopping areas.

There was even an attempted entry into the Council and an impromptu incursion into the Library. The brand new central library, an impressive addition to the city, is facing cuts to its librarians agreed as part of Labour austerity.

Last Monday, a meeting at Birkbeck launched the @bbk24hr campaign: Birkbeckers aiming for a return of 24 hour access to the library computer rooms as exams and deadlines loom.  Watch out for more organised action on this campaign.